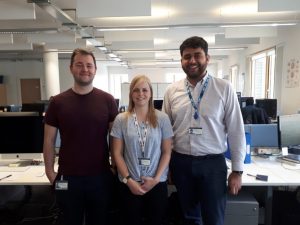 Due to a double booking, this event will not happen at the usual venue. Instead we will meet at Old Magistrates Courtroom (OMC) in the Guildhall.

TITLE: Slippery Secrets – The hidden science within the life-blood of your car 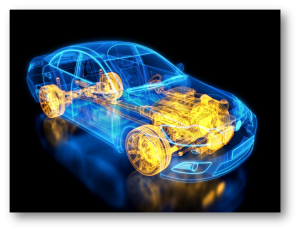 Each day we either directly or indirectly use automotive vehicles to go about our daily lives. The engineering of these machines is perhaps obvious. The chemistry that enables them to operate, specifically the fuels and lubricants, is perhaps less obvious to us. However, the fluids are critical to their operation and the specific focus on the reduced environmental impact of these vehicles. In this talk we will explore the role that engine oils play in the operation of vehicles, and the specific chemistries that are deployed to provide the highly specific performance required for modern automobiles. These will range from the use of polymers to control the fluidity of the oil, to how we use complex colloid systems to fight acids. Ultimately the industry drive is to minimise the exhaust emissions from vehicles, and we will explore the current and future challenges we face in terms of legislation, but also the technology to address them. This is a multifaceted challenge requiring a highly multi-disciplinary approach and the deployment of highly sophisticated scientific and engineering methodologies.

Afton Chemical is one of four global companies that focus on the development of petroleum additives, delivering enhanced performance for fuels, lubricants and speciality fluids in the automotive sector.  Headquartered in Richmond, Virginia, Afton has R&D, Commercial and Manufacturing facilities in all continents.
Ian joined Afton Chemical, in 2008, has held several R&D Leadership roles in Afton and is now Senior R&D Director for Engine Oils.  This is a global role responsible for all formulation research, additive, polymer and product development in the business.  Ian is also responsible for all long-term chemical and physical science research for the corporation.
Prior to Afton, Ian has had over 2 decades of experience in the lubricant industry, having worked for Exxon Chemical, Infineum and BP, leading commercial development of lubricant additives, several formulation, customer and OEM-facing roles and specific roles on strategy and planning.
He is a native of northern Scotland, gaining Honours degree and PhD in Chemistry from the University of Edinburgh, and gained his MBA at Oxford Brookes University in 2004. During this time Ian was also accepted as a Fellow of the Royal Society of Chemistry, is a Charted Chemist and is active in the RSC management boards.

TITLE: Imaging atoms in an electron microscope – the ultimate tool for materials science 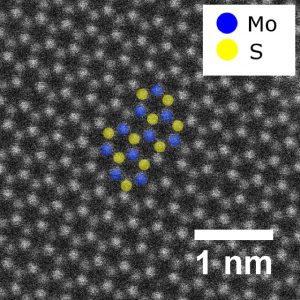 Why is one material brittle and another ductile? What determines the electrical conductivity of a material? How can we increase the energy storage capacity of battery materials? To understand why a material has particular physical properties we need complete knowledge of its atomic structure. Modern transmission electron microscopes (TEM) allow us to directly visualise the atomic structure of materials increasing our understanding of why it behaves as it does and ultimately enabling the engineering of superior materials. Unfortunately the image formation mechanism for electron images is not trivial, being fundamentally quantum mechanical in nature, and as such great care must be taken to correctly acquire and interpret images.

In this talk I will give an introduction to the TEM and the various image formation mechanisms we can exploit. I will show how TEM imaging can be applied to a wide range of materials science problems from failure of jet engine turbine blades to degradation of lithium-ion batteries and studying novel low-dimensional materials.

Dr Chris Allen is principal scientist at the UK’s national facility for aberration corrected electron microscopy, the Electron Physical Sciences Imaging Centre (ePSIC), Diamond light source. Chris completed his undergraduate and postgraduate degrees in physics at the University of Leeds. In 2011 Chris moved to the University of Oxford and since 2016 has been running the microscopes at ePSIC. Chris’s personal research focuses on the application of novel electron imaging techniques to low dimensional materials.

TITLE: The Big Bang and a Multiverse

Darsh Kodwani is a DPhil student in the Physics department at the University of Oxford. His research has focused on understanding gravity on broad range of scales – from the very early universe to the nature of black holes. Most recently he has been studying how the universe started to get to where it is today. When not doing physics you will find Darsh either on the football pitch or sitting somewhere watching football.

There will be no talk by the ATOM Society in March, but members are invited to attend the Atom Festival of Science and Technology 2019. See http://www.atomfestival.org.UK/ for more information.

Members will be able to attend the talk on the evening of March 22. They will have to book the tickets through the festival web page, but will receive a booking code for a complementary ticket from the secretary on request.