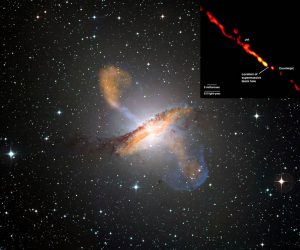 d based telescopes we have discovered supermassive black holes, with masses ranging from millions to billions times the mass of the Sun, at the very centre of massive galaxies. In this talk I will show how we measure the masses black holes and go on to reveal the close relationship between black holes and the evolution of the galaxies that host them. In exploring this question we will discover an unexpected twist in the story of galaxy evolution.

Roger Davies is the Philip Wetton Professor and Director of the Hintze Centre for Astrophysical Surveys at the University of Oxford and a fellow of Christ Church.

He grew up in an industrial town in the north of England attending the local grammar school and going on to read Physics at University College London. He started research working on galaxy dynamics in Cambridge in the 1970s after which he moved to California before spending 6 years on the staff of the US National Observatory in Tucson, Arizona. As part of the “7 Samurai” team he worked out a new way of measuring the distances to galaxies and discovered the “Great Attractor”, a huge concentration of galaxy clusters in the southern sky. He moved to Oxford in 1988 to lead the UK’s participation in the construction of the 8m Gemini telescopes, in Hawaii and Chile. In 1994 he took up the post of Professor of Astronomy at Durham University returning to Oxford in 2002 where he was Head of the Physics Department from 2005-10. He is the founding Director of the Hintze Centre for Astrophysical Surveys. He was President of the Royal Astronomical Society 2010-12, is a Fellow of University College London, and holds an Honorary Degree from Claude Bernard University in Lyon, France. He is currently President of the European Astronomical Society.

He has a long standing commitment to engaging the public in science and has lectured widely on modern astronomy including on the Cunard Queen Mary 2 liner. He has also led trips to see the Northern Lights and the 2017 total eclipse. His research interests centre on cosmology and how galaxies form and evolve. He has observed at many of the world’s leading observatories including those in the Canary Islands, Hawaii, Chile, Australia and the United States. He has also been involved in the development of new astronomical instruments & telescopes. In recent years he has pioneered the use of a new class of astronomical spectrograph to measure the masses and ages of galaxies, as well as search for black holes in their nuclei.