The surface of our planet is continuously bombarde 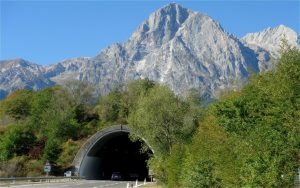 d by high energy cosmic rays from outer space, creating a deafening noise in sensitive particle detectors and making precision measurements impossible. In search of the ultimate quiet, physicists have travelled underground and set up labs deep within the Earth’s crust. Here we run experiments studying elusive particles like neutrinos, and searching for signs of dark matter, the mysterious substance thought to make up the majority of the mass of the galaxy.

Yet a kilometre or so below the surface is also the place to study a range of natural phenomena, such as the enigmatic movement of groundwater, possible earthquake warning signals, and the exotic microbial life in deep rock layers. Away from the electromagnetic noise on the surface, precision magnetic measurements let us monitor the space weather going on high above our heads.

I will tell my story of working at the Gran Sasso laboratory beneath the mountains of central Italy, the Rustrel laboratory in a former nuclear command centre in the South of France, and the Boulby Underground Laboratory in a North Yorkshire salt mine. This talk will explain why the deep underground frontier is one of the most interesting environments to do science.

Sam Henry is a Detector Development Scientist at the University of Oxford, working on instrumentation for the next generation of particle physics experiments. He also likes to dabble in geophysics and science outreach.