TITLE: Deciphering the Past with Accelerators

In 1709, digging of a well near Mount Vesuvius brought up some old statues at large depth. This discovery led to major excavations happening around what was discovered to be the city of Herculaneum, covered during the eruption of Mount Vesuvius in 79AD. Particular interest fell onto a library discovered within the excavation site, holding hundreds of carbonised scrolls from the time of the volcanoes eruption. These well preserved artefacts may well hold secrets, we cannot otherwise know of, as few other libraries from the time are preserved to this day. 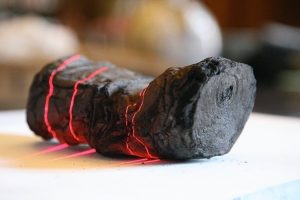 Though much effort has gone into physical or “metaphysical” opening of these scrolls, to date there seems to be no viable method of making these objects accessible to scholars without destructive action. Within my presentation I will give insight into what has been done so far, and what is currently being looked at to make these objects readable through use of modern day physics and computing, as well as some of the unexpected challenges one faces when trying to make 2000 year old material readable. 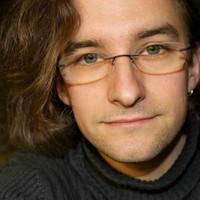 A physicist by trade I started studying at the University of Wuppertal, Germany in 2001. Given an interest in particle physics, I started early on development of electronics and systems providing for particle physics related measurements. This led on to me being considered an expert in design/installation/operation and after finishing my PhD on detector electronics development, I moved on to CERN, Geneva, to support operation and upgrade of the ATLAS Detector through the years of 2011-2014.

Currently I hold a staff position at STFC’s Rutherford Appleton Laboratory near Chilton, working on future tracking detectors for the ATLAS experiment, as well as general technology R&D for future detector systems. On the side I invest time into my pet project, making ancient scrolls readable through use of modern day, non-destructive imaging.

In my spare time I like to teach maths at St. John’s College, Oxford, and demonstrate in undergraduate electronics labs. When all that is over, I tend to my relationship which usually involves a lot of hiking, favourably in the Scottish highlands, followed by a glass of single malt.