I’ll discuss how we do physics at the ‘energy frontier’ and what we have learned from it – including the discovery of the Higgs boson and what that means. I’ll also look at what we still don’t understand, and what the next steps might be. 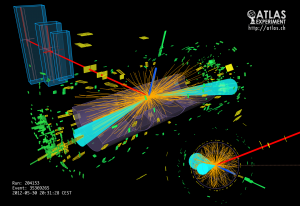 Physics at UCL and I work on the ATLAS experiment at the CERN Large Hadron Collider in Geneva. I’m originally from Manchester, and have previously worked at Oxford, Penn State and Hamburg. I write the “Life and Physics” blog for the Guardian, and have written book on the Higgs discovery called “Smashing Physics” published by Headline.