Presenter: Alfons Weber (University of Oxford & STFC/RAL)
Professor Alfons Weber is a physicist working at the Physics Department of the University of Oxford and at the Rutherford Appleton Laboratory in Harwell. He started off as a theoretician, but has now worked for more than 20 years in experimental particle physics all over the world, from CERN in Switzerland, Fermilab in the USA and J-PARC in Japan. He develops detectors for neutrino experiments and analysis the data to reveal their secrets. He is also a Fellow of Pembroke College, Oxford where he is teaching physics for undergraduate and graduate students.

Title: Neutrinos – The Ghostly Shape-shifters
Neutrinos are some of the most abundant particles in the universe, but very little is known about them. This talk will tell you why neutrinos were originally “invented”, why they are important to understand and give you a glimpse of their strange properties: They can travel through light years of lead without being stopped; they can change from one particle to being another; they may be the very reason, why we are here. 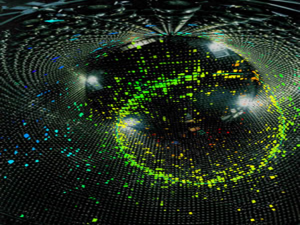