The Measure of All Things

News from the energy frontier as the Large Hadron Collider restarts

Perception, Behaviour and Intelligence: a dialogue 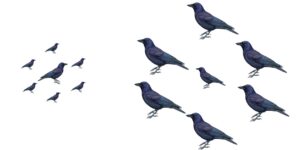 Autonomous agents such as people, worms, plants and driverless cars incorporate and process environmental information and generate actions according to their goals. Psychologists, biologists, and engineers deal with all these stages, and their approaches intersect in interesting ways. For instance, we interpret the phrase ‘you see what you want to see’, as meaning that collecting information is not unbiased: perception is designed to pick-up the information each agent needs to better achieve its goals. But biologists, psychologists, and roboticists have different ideas about what they mean by ‘goals’. One of us has spent most of his professional life unravelling how humans perceive the world, and the other trying to understand how other organisms make decisions according to evolutionary criteria. We have recently discovered, however, that we have more in common than we would have expected, and we will share our perspectives in an informal dialogue.

Alex Kacelnik is Emeritus professor of Behavioral Ecology at the University of Oxford (UK). He studied biology in Buenos Aires and completed a doctorate at Oxford in 1979. Besides Oxford, he has held research positions at Groningen (Netherlands), Cambridge (UK), and Berlin, and was founder and director of the Oxford Behavioural Ecology Research Group. He is fundamentally interested on how evolution shapes psychological processes, including learning, choice, and problem solving. Alex is a Fellow of the Royal Society (London), Member of the European Academy, honorary professor a 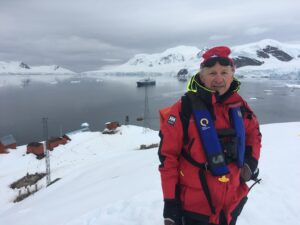 t Buenos Aires University, and has received awards from the Comparative Cognition Society (USA), the Tinbergen Medal from the (British) Association for the Study of Animal Behaviour, and from the Cogito Foundation (Switzerland). He is currently External Principal Investigator at the Cluster of Excellence “Science of Intelligence” in Berlin. 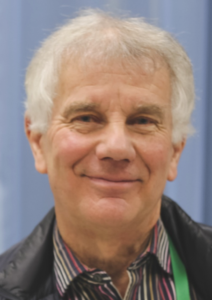 Brian Rogers is Emeritus Professor of Experimental Psychology at the University of Oxford and Emeritus Fellow of Pembroke College.  He is also Professor of Psychology at the State University of St Petersburg.  Brian started his career as an undergraduate and post-graduate student at Bristol University where he was supervised by Stuart Anstis and the late Richard Gregory.  After leaving Bristol, he was appointed to a Lectureship and subsequently a Readership at St Andrews University in Scotland before moving to the University of Oxford in 1984.  His main research interests are in 3-D vision, illusions, motion perception and perceptual theory as well as the role of perception in the control of action.  He co-authored three books with the late Ian Howard: “Binocular Vision and Stereopsis” (1995), “Seeing in Depth” (2002) and “Perceiving in Depth” (2012).  In 2017 he wrote “Perception – A Very Short Introduction” which was published by Oxford University Press.