Sleep softly: Schubert, Ethics and the Value of Dying Well

Ethical discussions about medical treatment for seriously ill babies or children often focus on the ‘value of life’ or on ‘quality of life’ and what that might mean. Professor Wilkinson looks at the other side of the coin—on the value of death, and on the quality of dying. In particular, he examines whether there is such a thing as a good way to die, for an infant or an adult, and what that 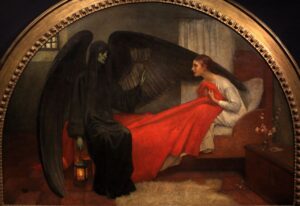 means for medical care. To do that, he calls on philosophy and on personal experience. However, there will also be references to art, poetry and music. This is partly because the topic of mortality has long been reflected on by artists as well as philosophers and ethicists. It is also because, as we will see, there may be some useful parallels to draw. 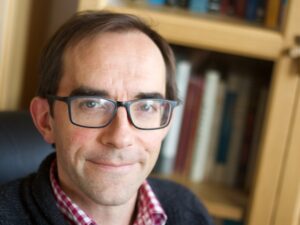 Dominic has published more than 200 academic articles relating to ethical issues in intensive care for adults, children and newborn infants. His co-authored books include ‘Medical Ethics and Law, third edition’ (Elsevier 2019); ‘Ethics, Conflict and Medical treatment for children, from disagreement to dissensus’ (Elsevier, 2018) (BMA President’s Award in 2018 British Medical Association Book Awards). He is also the author of ‘Death or Disability? The ‘Carmentis Machine’ and decision-making for critically ill children’ (Oxford University Press 2013) (“the best book of the decade in bioethics… this is a book that must be read by everybody who is seriously interested in the bioethical issues that arise in neonatal intensive care or, more generally, in decision making for children with chronic, debilitating or life-threatening conditions.” (John Lantos, Notre Dame Philosophical Reviews). He was Editor and Associate Editor of the Journal of Medical Ethics from 2011-2018.