TITLE: Diffusion of the Dead

Knowing how long we hav

e before we interact with a zombie could mean the difference between life, death and zombification. Here, we apply the same mathematical models to zombies that you would use to describe flu, or measles. We use this model to derive exact and approximate interaction times and use these to develop strategies which allow the human race to survive impending doom 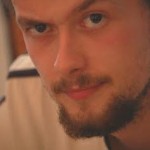 When not doing mathematics he is a keen participant in mathematical outreach workshops and has given a variety of popular maths lectures nationally and internationally. He has previously worked for the BBC, illustrated Marcus du Sautoy’s book and he recently worked on the popular maths show “Dara O’Briains school of hard sums”. He is currently the Fellow of Modern Mathematics at the London Science Museum and is helping redesign their mathematics gallery.